La Crosse Police responded to two drive-by shootings and a home invasion as part of the more than 400 calls for service handled by the agency the weekend of June 19-21,

At about 11 p.m. on June 19, officers were dispatched to Fish’s Bar and Grill at 1452 Caledonia Street, where patron Benjamin J. Geiwitz (05/31/1989) allegedly threatened other patrons with a gun. Officers located Mr. Geiwitz in the beer garden. Mr. Geiwitz turned away from officers, at which point he was detained and placed into handcuffs. A Beretta handgun was found in his waistband. Police learned Mr. Geiwitz got into an argument with the victims before displaying his gun and working the slide. He had a 0.3 percent preliminary breath test. Mr. Geiwitz was arrested for DC While Armed and Intoxicated use of a firearm.

On Saturday evening June 20th and in the early morning hours of Sunday June 21st, Officers  responded to two different locations for multiple shots being fired. Through the course of the investigation, it was determined these incidents appear to be related.

On June 20, 2020 at approximately 8:45PM, Officers responded to a shooting in the 1000 block of 5th Ave South. Upon arrival, officers located multiple shell casings in the alley behind 1010 5th Avenue South and bullet holes were observed in surrounding buildings. Follow-up investigation located additional shell casings in front of the residence.  No injuries were reported.

On June 21st, 2020 at approximately 12:42AM in the 900 block of 5th Ave South, a surveillance camera in the area captured two vehicles northbound at high rate of speed; one vehicle chasing the other. Audio from a camera picked up gunfire sounds. Numerous shell casings were recovered from the scene, and several homes and multiple unoccupied cars were also struck by gunfire.  No injuries have been reported.  These shootings are under active investigation.

Anyone with information on these crimes are asked to contact the La Crosse Police Department at 608-782-7575. Tips can anonymously be provided to the La Crosse Area Crime Stoppers at 608-7849 TIPS (8477) or online at www.lacrossecrimestoppers.com. You can also download the Crime Stoppers App “P3” to submit a tip via your phone.

All suspects are presumed innocent until found guilty in a court of law. 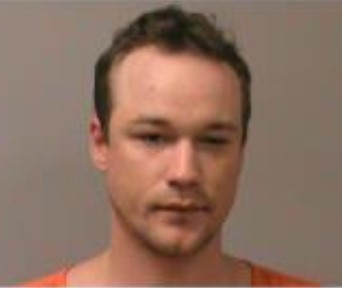