Kumbo is the second largest city in the N.W. Province of Cameroon. It lies about 2000m above sea level and is approximately 110 km from Bamenda (the provincial capital of the N.W Province) Kumbo's population (2005 census) is 80,212 and is split into three distinctive hilly settlements. The city is known for horse racing,traditional medicine,its palace,a market and two hospitals. (Banso Baptist Hospital and Shisong Hospital- St. Elizabeth's) Kumbo is the capital city of the NSO Kingdom. Kumbo lies within the English speaking area of Cameroon. French is also spoken as well as other tribal languages. German settlers arrived in 1912 and established their mission in 1913. 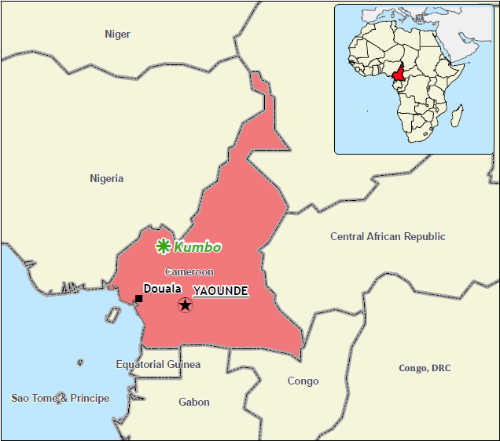